FILM "RIJEKA - I MISS YOU" WON A NEW SILVER MEDAL 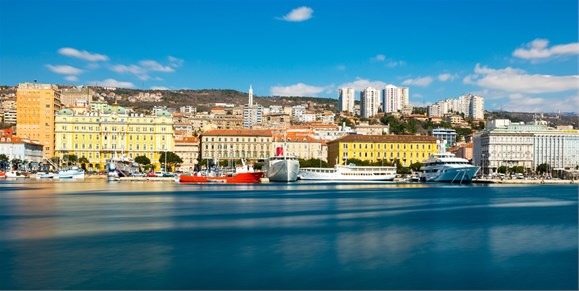 At the prestigious American film festival The Telly Awards, the promotional film of the Tourist Board of the City of Rijeka and the production company Balduči, the film "Rijeka - I miss you", continued its winning streak and won the silver medal and second place again.

The prestigious American festival The Telly Awards, which was held for the 41st time this year, proved to be excellent for Croatian tourist promotional films.

Our Rijeka promotional film Rijeka - I miss you won a silver medal in the category Branded Content: Travel / Tourism, while the promotional film of the Croatian National Tourist Board called Croatia your next filming destination won a gold award in two categories. All three films were made in collaboration with the production company Balduči film. The films were written by Spomenka Saraga, who is also a film producer, directed by Herve Tirmarche and cameraman and editor Jalil Armi.

The festival received more than 13,000 entries from all five continents, and the winners of the Telly Awards represent the work of some of the most respected advertising agencies, television stations, production companies and publishers from around the world.

The promotional film Rijeka - I miss you was produced by the Tourist Board of the City of Rijeka and Balduči Film from Zagreb, a production company specializing in shooting tourist films whose films from their production have so far won numerous prestigious awards.The promotional film was shot at a number of attractive locations in Rijeka, which presents Rijeka as a year-round tourist and city-break destination. Through a series of attractive shots, the film wanted to "take the viewer" through the city and the specialties that adorn it, from the beautiful Trsat Castle that proudly stands over the city, Rijeka's museums with unique exhibits, top delicacies of beautiful Rijeka restaurants to one of the most beautiful fish markets in Europe.
Watch the promotional film Rijeka - I miss you here: https://www.youtube.com/watch?v=0MS2Max2n8Y

FILM "RIJEKA - I MISS YOU" WON A NEW SILVER MEDAL